The groundbreaking ceremony was held today with a huge crowd present, emcee’d by Mars’ Director of Public Affairs and Government Realtions, Mark Broadhurst. 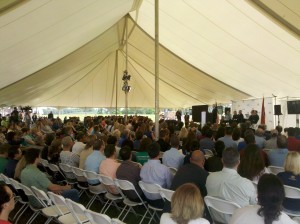 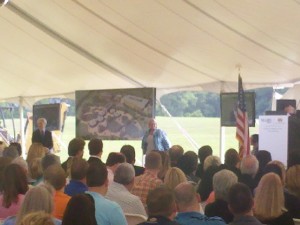 On a side note, I personally got tickled hearing Linda Mars introduced as Ex-Chairman of the Board, and Marsha Blackburn introduced as “Congressman.”  So much for political correctness.   A welcome change, I might add.

About the announced project in Thompsons Station, Mars Petcare is building an approximate 88 million dollar Regional Innovation Center, one of five in the world.  The project, which will create 144 new jobs in Williamson County, will be complete in 2013. 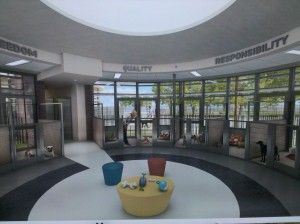 The company’s mission is to make the lives of pets better.  Our Ruby the Doberman is certainly jumpng for joy about that!  If she had only been there today! 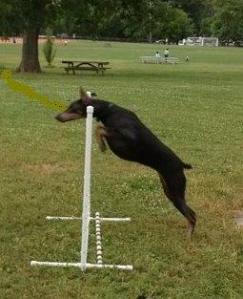 As Marsha Blackburn so eloquently said, “we welcome Mars to Williamson County Tennessee and we hope you will stay a LONG, LONG TIME!  From the looks of the proposed facility, and the excitement of the event, it certainly appears that they will.

Mars graciously accepted their welcoming by presenting a donation of $50,000 to the Thompsons Station Greenway and Walking Trail fund.

Just a few miles down the road, we at Ole South are building brand new homes to accommodate the growing demand for new homes in the area.  We are excited about their presence and look forward to their involvement in the community!

Another side note, this is not the first time Mars Corporation has created jobs in Middle Tennessee.  Back during the Great Depression, company founder Frank Mars purchased a large tract of land in Giles County, near Lynnville, and employed hundreds of Giles County residents to build his  “Milky Way Farms,” named after his famed candy bar.

This hsitoric jewel still exists today and we will dive into that amazing piece of history later in the blog, but you can CLICK HERE for a quick idea!