To many residents of the Waterford Subdivision in Nashville, Santa has already arrived in town, and he has set up shop on the Cumberland River.

Except this year, he didn’t arrive in a sleigh full of toys.  He arrived with barges full of gravel.

Many remember that the Waterford subdivision was devastated from the now-infamous May 2010 Flood.  Those homes you see overlooking the barges were actually underwater.  Many say this subdivision should have never been built, but that is hindsight.  It was built, and it suffered.  Take a look at the erosion that has taken place over the years:

In September of this year, work started on the Waterford Stabilization Project, in which plastic sheeting is attached to the riverbank and covered with rock, commonly called rip-rap.  Over 100,000 tons of rock will be used to stabilize this 1/2 mile stretch. 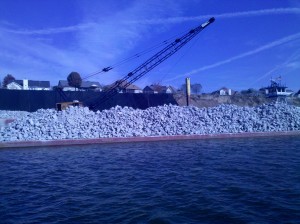 The May 2010 flood dealt a harsh blow to Nashville, and many areas are yet to recover.  This project is just one sign that good things can come out of bad situations.   Just ask one of those residents!

Meanwhile, further downstream in the Pennington Bend area, activity seems to be breaking loose.  Although many homes are still like they were after the flood, many have been totally remodeled, or are in the process.  I know of a totally renovated 3-bedroom, 2 bath ranch with a sunroom that will be available for rent in January.  And this is the view you will see every day from your backyard: 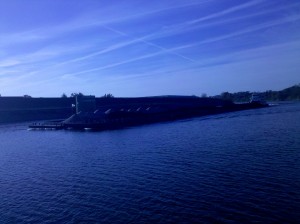 There are several new homes being built along the river, just upstream from Opryland:

New Home on the Cumberland River

And not just homes are being renovated on the river!  Lets check the progress being made at the old Nashville Bridge Company Offices in downtown.  Here is the story:  http://www.bizjournals.com/nashville/stories/2010/10/04/daily20.html

Here are pictures of the Neuhoff Building that I borrowed from another site:  http://www.flickr.com/photos/greystgirl/sets/72157608368624763/

Rivers and Lakes have always attracted people.  The risk of possibile flooding is outweighed by the certainty of a great lifestyle.  If you have ever wanted to live on a lake or river, now is a pretty good time to start exploring.  And guess what?  I want to help you when you do! 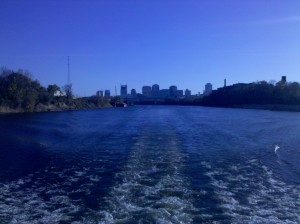 Trey Lewis is a licensed Real Estate Broker in the State of Tennessee with Ole South Realty, 615.896.0019  direct 615.593.6340.  Specializing in new homes in the Greater Nashville area to include Nashville, Murfreesboro, Smyrna, Clarksville, and Spring Hill, Tennessee