Every year, Rotarians from District 6760 and friends visit the southern region of Honduras with plans to make a difference in the lives of as many Hondurans as possible.

During the seven day visit, one part of our group continually wired homes in remote villages while others participated in activities at local schools, as well as a dental clinic in coordination with the Choluteca Rotary Club.

Every year, there are big changes to the landscape of southern Honduras.  The largest shopping mall in Central America is located just across the street from the Tegucigalpa airport. 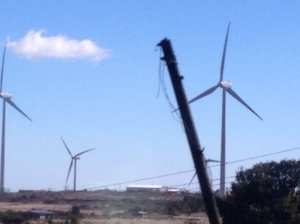 But the greatest difference and change is the lives of the people.  Upon arriving, we learned some great news from a past project.  Back in 2011, Huntly Gordon presented a workbelt and tools worth over $500 to Douglas, an unemployed local villager of Jayacayan.  We learned that Douglas showed up at a construction jobsite with his tools and was hired to be an electrician, and now has his own home and family.

After getting our assignment, we rolled onward to San Marcos De Colon to check into the Hotel Barcelona which would be our home for the next five nights.  We have stayed there many times, so it was almost like going home! 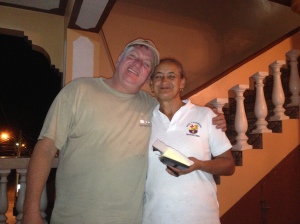 My room at the Hotel Barcelona.  Very nice, at $15 per night USDm breakfast included. 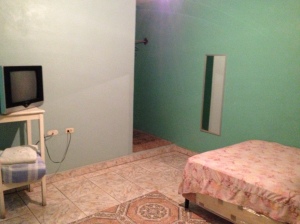 There was even hot water!  Check out this apparatus that is not UL approved!

And our view from the Hotel Barcelona 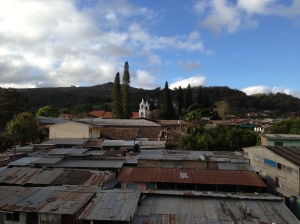 The next day, we hit the ground running to bring electricity to families in remote villages near San Marcos de Colon such as this family. 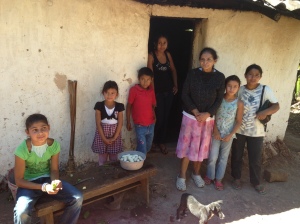 Change.  It is everywhere you look.  At home, at work, in southern Honduras.  Over the next week, you’ll see just how much change can be made – one life at a time!

Every February, workers representing various Rotary Clubs throughout District 6760 converge on the Choluteca region of southern Honduras.  There have been many projects over the past ten-plus years, most of which have been dedicated to improving life in remote villages through the addition of electrical and fresh water systems to the homes.  All of these projects are organized in conjunction with the Rotary Club of Choluteca, Honduras.

Projects like these require a lot of labor and a tremendous amount of money – money that has to be raised.  Sources of funding range from Rotary Clubs, Rotary International Grants, individual donations, Honduran Municipalities, and the residents themselves.

There is no secret that our country’s economy has been in recession, which has made it very difficult to raise money.  This year’s project was coordinated by Jim Johnston and the Lawrenceburg Rotary Club with a focus on providing electricity to approximately 28 homes, a small school, and a church in the remote village of Limon de Linaca.

There was not enough funding available this year for a larger electrical or water project, but there was enough left over to build a home for a local family near El Carazal…. which is where our group entered the program this year.  “Extreme Home Makeover – Honduran Style.” 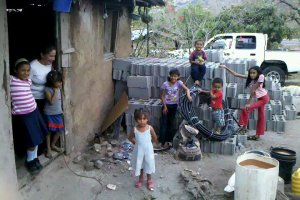 While we were digging, mixing cement, and laying block, Ann and Sharon spent their days teaching at the local school.  Ann is fluent in Spanish, which helped a LOT!

The children were so attentive and well-behaved.  They also learned an amazing amount of English during the week!

We even served as a school bus for several children.  When they reach where they need to stop, they just beat on the roof. 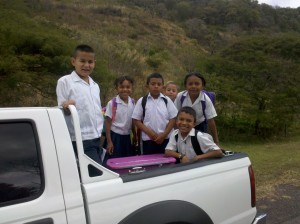 While the children were at school, the dogs kept an eye on the jobsite. 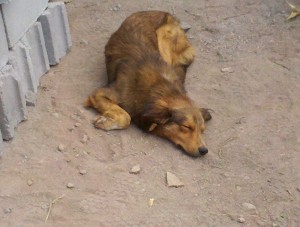 There will be more highlights of this year’s trip forthcoming.  How we got there, where we stayed, what we ate, the work that was involved, the friends we have made over the years, and more will be covered so stay tuned!

For now, why not take a look at some of the animals we befriended on our visit: 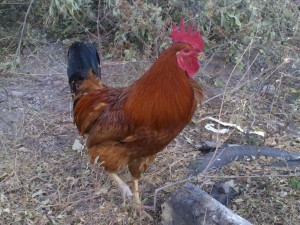 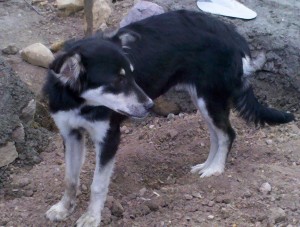 Again, thanks for reading!